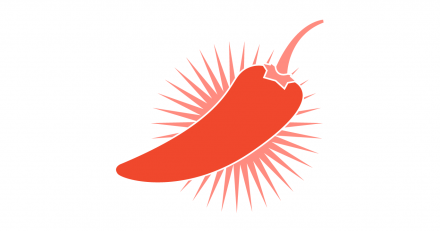 SBA has released an application form for second draw PPP as well as preliminary information on Shuttered Venue (which we used to call Save Our Stages) grants.  Please consider the following points carefully:

The COVID relief bill approved by Congress yesterday includes several provisions of interest to museums, including:

The bill provides a second PPP forgivable loan (up to $2 million) for nonprofits with 300 or fewer employees that have exhausted their initial PPP loan and that can demonstrate a loss of 25% of gross receipts (based on gross receipts under section 6033 for nonprofits) in any quarter during 2020 when compared to the same quarter in 2019. The new PPP is not identical to the one established by the CARES Act in terms of allowable expenses, etc.

Qualifying organizations may receive initial grants from the Small Business Administration of up to $10 million.  Grants will be calculated as a percentage of 2019 gross earned revenue.

To qualify, an organization must have experienced at least a 25% decline in gross revenue in at least one quarter of 2020 compared to 2019.

However, to qualify for the high priority grants in the first 14 days of the program, the organization must have experienced a 90 percent drop in revenue during the period April 1 - December 31, and for the second 14 day period, a 70 percent drop.

Up to 80 percent of program funds are reserved for those applying in the first 28 days.  Only after 28 days will the other qualifying organizations be allowed to apply.  It seems unlikely that the remaining 20 percent of programs funds – at most, $3 billion - will be able to cover the expected demand; by way of context, museums alone (of all types) received about $750 million in the first round of PPP, according to the SBA.

Save Our Stages uses the IMLS definition of museum.  However, for a museum to qualify, it must among other things include indoor exhibition spaces that have been subjected to pandemic-related occupancy restrictions; and it must have at least 1 auditorium, theater, or performance or lecture hall with fixed audience seating and regular programming.   An organization does not qualify if it had more than 500 employees as of 2/29/20 AND operates venues in more than one country, or if it issues securities on a national exchange; it is unclear how many museums, if any, are affected by these latter restrictions.

** An organization may not receive both a new PPP loan and an SOS grant.

Save Our Stages differs from PPP in that it is a direct grant program from the SBA, not a loan program administered by intermediaries.  It is not yet clear when the program will begin, although the bill says SBA is to issue guidance within 21 days of enactment, i.e., in early-mid January.

The bill extends and expands the refundable Employee Retention Tax Credit (ERTC), which was established in the CARES Act to provide employers a tax credit against payroll taxes for retaining workers. The changes include:

• Expands eligibility for the credit by reducing the required year-over-year decline in gross receipts from 50% to 20%;

• Modifies the threshold for treatment as a ‘large employer’ by increasing the 100-employee delineation for determining the relevant qualified wage base to employers with 500 or fewer employees, and;

• Clarifies the definition of gross receipts for nonprofit employers based on section 6033 and Form 990 definitions.

We thank Independent Sector for providing this description.

The bill extends for one year the CARES Act provision that allows non-itemizers to deduct up to $300 for charitable giving.  Of some interest, the CARES Act only applied to individuals and did not include any language on couples filing jointly.  The new bill allows couples to deduct up to $600.  It also includes a penalty for those who overstate their charitable gifts.

The bill extends through 2021 the CARES Act provision that allows itemizers to deduct up to 100 percent of their Adjusted Gross Income.  Prior to the CARES Act, the limit had been 60 percent of AGI, as established by the 2017 tax reform legislation.

Taken together with the Universal Charitable Deduction, this means that taxpayers of all income levels will be able to receive a tax benefit for donations.

In addition to COVID relief, the bill also provides appropriations for the remainder of the 2021 fiscal year.  Up to this point, federal agencies had been operating on a series of temporary resolutions that commenced on October 1.  They are now funded through September 30, 2021.

AAMD joins other nonprofits in two efforts to reverse recent actions by the executive branch.

First, we urge the incoming Biden-Harris Administration to revoke Executive Order 13950, issued by the Trump Administration in September 2020, which banned mention of implicit bias, among other terms, in workforce training carried out by federal agencies and contractors.  The order also requires agencies to decide whether to make grantees attest that they will not use federal funds to carry out such training.

Second, we ask congressional leaders to recommend that the SBA withdraw a recent form that the agency is using to determine whether PPP borrowers' attestations of financial need were made in good faith.  The form is burdensome, intrusive, reflects a lack of understanding of nonprofit operations, and is not pertinent to evidencing the good faith certification that was envisioned by Congress in the CARES Act.