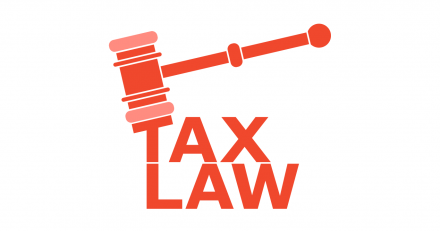 April 15 2021
Tax policy is of immense relevance to art museums because their budgets and collections  depend on charitable giving, which in turn is affected by how the law treats donors.  While people may give for altruistic reasons, tax law influences the size, form, and timing of their gifts.

AAMD’s efforts, in coalition with many other organizations representing 501(c)(3) charities, focus on protecting the full scope and value of the itemized deduction for charitable giving, and to expanding the ability of those who do not itemize to claim a deduction.  It also watches developments around the tax treatment of non-cash gifts and the Unrelated Business Income Tax.

The 2017 tax reform legislation caused gifts to drop because it reduced by two-thirds the number of taxpayers who itemize deductions.  Subsequent to its enactment, only about ten percent of taxpayers itemize; thus, the tax code only incentivizes – or some would say rewards – the wealthiest slice of society.  In response, a large coalition advocated for allowing non-itemizers to deduct their gifts.  They met with limited success with the passage of the CARES Act in March 2020, which allowed individuals to deduct up to $300 in gifts during 2020.   Further legislation enacted in December extended the “universal charitable deduction” (UCD) through 2021 and clarified that couples may deduct up to $600.  Preliminary statistics show that giving grew significantly in response.

A bipartisan group of Senators has introduced legislation, the Universal Giving Pandemic Response and Recovery Act, to extend the UCD for two additional years and to expand the cap to a bit over $4,000 for individuals and $8,000 for couples.  They believe that it will democratize giving by incentivizing all American taxpayers—regardless of income—to give to charity, thereby ensuring that our country retains a strong and independent civil society.

The 2017 tax reform legislation allowed itemizers to deduct up to 60 percent of their adjusted gross income for cash gifts to charity, as opposed to 50 percent under previous law.  A drafting error in the bill, however, prevent donors who give property gifts from using the higher limit for their cash gifts.  Such errors are usually fixed in a “technical corrections” bill, but for reasons related to partisan politics, no such bill has been considered: the Republicans don’t want to admit that the 2017 bill had any defects, while the Democrats don’t want to help them fix it.

A priority for art museums remains the restoration of artists’ ability to claim a tax deduction for the fair market value of work that they donate to collecting institutions.  For decades, the tax code has discouraged artists from donating their work directly to museums and has forced museums with limited purchasing ability to rely solely on the generosity and collecting preferences of donors. With art increasingly treated as an asset class, many prospective donors collect with a view toward the market.  Under these circumstances, museums are missing out on important works by a diverse population of artists, works that would help them tell a more complete and inclusive story of the history of global artmaking.  The late Rep. John Lewis (D-GA) had championed a bill, the Artist-Museum Partnership Act, to remedy this situation, but with his passing we are looking for a replacement.