Message from the Executive Director - Summer 2015

Last week the Mellon Foundation released the first study on the state of diversity in the art museum field. AAMD was proud to partner on this initiative and we are truly grateful to the Mellon Foundation for providing a much needed, data-driven wake-up call. The survey shows that although approximately 60 percent of the staff positions at U.S. museums are filled by women, ethnic minorities were found to fill only 28 percent of staff positions, and those minorities were dominant only in janitorial and security positions. While the gender diversity extends up and even expands through the curatorial, conservation, and education roles--often seen as pipelines to top leadership positions--there are clearly significant problems with other forms of diversity in museums, and the pipeline for minorities is weak. 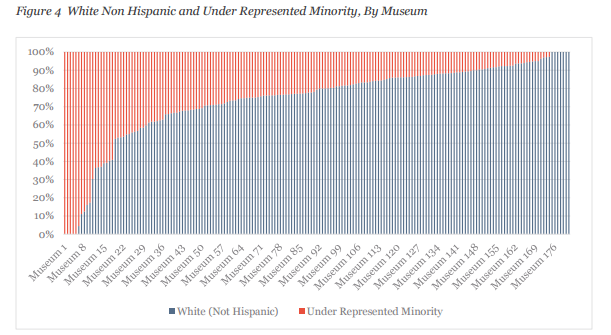 Since the release of the study I have begun to look at how other sectors are working to diversify their own workforce. From the technology sector to other nonprofit disciplines, there are so many ingenious programs being developed and implemented, but what most fail to do is publicly declare a big audacious goal and lay out a plan to get there.

Pinterest, the San Francisco based company that allows users to upload, save, sort, and manage images, stands out from the crowd. The company is setting ambitious goals to hire more women and minorities - and it's making those goals public in order to raise the level of expectations and make its commitment clear. Even more interesting is that Pinterest is opening an experimental lab inside the walls of the company dedicated to testing new strategies for building a more diverse, inclusive workforce. On Pinterest's blog, co-founder Evan Sharp says the company plans to share what works and what doesn't, so the tech industry at large can learn from the effort.

"By sharing these goals publicly, we're holding ourselves accountable to make meaningful changes to how we approach diversity at Pinterest," Sharp noted. "We'll also be sharing what's working and what isn't as we go, so hopefully other companies can learn along with us. Over time, we hope to help build an industry that is truly diverse, and by extension more inclusive, creative and effective."

Gathering data, as the Mellon study does, is the first step in shining sunshine on the diversity problem in museums and encouraging the field to make a stronger commitment to address it. But the second and scarier step is to declare what we are going to do about it and hold ourselves accountable. AAMD has made small strides with our continuing partnership with UNCF, and there are handfuls of other programs and initiatives carried out by individual museums and foundations. But now is the time to act collectively and assertively try to reach for the brass ring.

The year 2016 marks the Association of Art Museum Directors one-hundredth anniversary. A centennial is a time to reflect on the history of AAMD--and to continue to think about AAMD’s future, and position it to be a strong and active organization that represents the diversity of art museums and their leadership in North America.  More importantly, it is also a time to think beyond ourselves and toward the greater good of our field, which means expanding our diversity to better mirror the society in which we live.  This centennial represents a time for AAMD to exercise leadership by translating good intentions into concrete results.  Stay tuned.