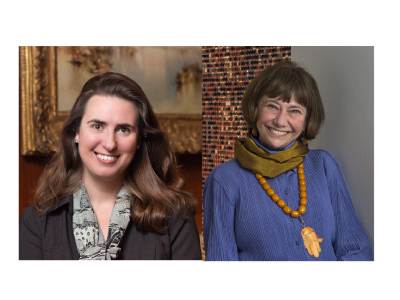 The Association of Art Museum Directors (AAMD) and the American Academy in Rome (AAR) are pleased to announce that two Affiliated Fellowships have been awarded this year: to Andria Derstine, executive director of the Allen Memorial Art Museum in Oberlin, OH, and Lyndel King, executive director of the Weisman Art Museum in Minneapolis, MN. The residency at the American Academy in Rome provides the time and opportunity for a museum director to conduct independent research that benefits both the institution and the field, and gives the Fellow access to a diverse community of artists, thinkers, and scholars with whom to engage and share ideas. Now in its third year, the Fellowships support AAMD’s mission of fostering excellence in art museums.

During her fellowship, Derstine will focus on researching training and instruction techniques at the French Academy in Rome and the Accademia di San Luca in the 17th and 18th centuries, and their impact on and import for artistic training in succeeding centuries, up to today.  Her research will result in the completion of an article, exhibition, and related catalogue on the subject. King will be conducting research for a forthcoming book on the history and development of university museums, galleries, and collections in Europe and the United States. The book will draw comparisons between why university museums in the United States are predominantly art museums while science and natural history museums dominate in European universities.

About the American Academy in Rome
Founded in 1894, the American Academy in Rome is the premier overseas center for independent study and advanced research in the arts and humanities. The Academy supports innovative artists, writers, and scholars living and working together in a dynamic international community on its 11-acre campus at the highest point within the walls of Rome.