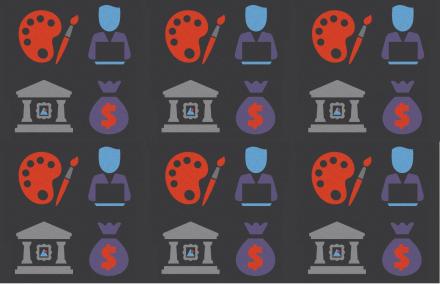 Art Museums By the Numbers 2015

Art Museums By The Numbers 2015 is the second annual release of aggregated data drawn from AAMD's annual survey of its members.

With statistics on revenue, expenses, attendance, and collections, Art Museums By the Numbers 2015 provides a snapshot of the field during the past year. It also includes a comparison with figures from the 2014 survey, which point to the continued stability of the field.

As the Art Museums By the Numbers data set grows annually, it will become an increasingly rich source of data to inform understanding of museums’ operations and their service to the public.

Art museums continue to have a wide range of sources for funding, enabling them to sustain stability in changing economic environments. The single largest source of support for museums was income from their endowments, at 21% of overall revenue.

Individuals continued to provide strong support for the art museums in their communities, with memberships and individual giving accounting 16% of overall revenue. In addition, 85% of works entering art museum collections were acquired through gifts or bequests.

​Attendance at AAMD museums was over 60 million in 2015. Visitors spent an average of $8 per visit, while museums spent approximately $55 per visitor. Museums’ diversified sources of support make this investment in public service possible.

​In 2015, one third of AAMD museums offered free admission, 60% had a set admission fee, and slightly over five percent had a suggested donation admission policy.