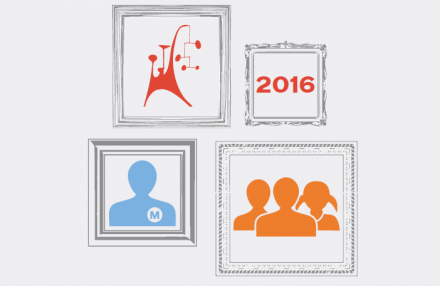 Art Museums By the Numbers 2016

First released in 2014, Art Museums By the Numbers is based on aggregated data drawn from AAMD’s member survey and tracks changes over time. Comparisons between 2014, 2015, and 2016 data showed little fluctuation, indicating continued stability in the art museum field.

o   Museum attendance remains strong, with over 60 million visits to AAMD member museums in each of the three years of the “Art Museums by the Numbers” report.

o   Private contributions to museums were also sustained, with just over 50 percent of contributed revenue coming from family and individual contributions and memberships, and almost 89% of all newly acquired objects received as donations or bequests.

o   Public engagement was also evidenced by the volunteers who donated their time and expertise to AAMD member museums. In 2016, individuals donated 3.8 million volunteer hours in support of art museums.

o   Museums’ civic engagement was also reflected in their support of educational resources in their communities. In 2016, art museums served over 40,000 schools across North America.

o   Art museums continue to derive funding from a wide range of sources, which helps sustain stability in changing economic environments. The single largest source of support for museums was income from their endowments, followed closely by contributions from individuals and families.