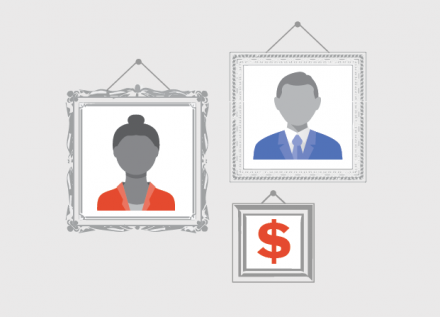 In a 2014 report, AAMD and the National Center for Arts Research (NCAR) found that a gender gap existed in art museum directorships. We found that women held less than half of directorships, that the average female director’s salary lagged behind that of the average male director, and that these phenomena were most persistent in the largest museums. Three years later, despite press attention and field-wide dialogue on the topic, the gender gap persists, although trends showing incremental gains in some areas of pay and employment representation deserve recognition.

The NCAR and AAMD study had several key findings:

Drawing from interviews with executive search consultants and female museum directors, the report also includes a qualitative analysis that examines the personal as well as the institutional barriers in achieving gender equality in the field. Overall, interviewees observed that while progress is incremental, the needle is moving, with changes accomplished through cultural shifts within the field and in broader society, and with the emergence of a new generation of leaders.