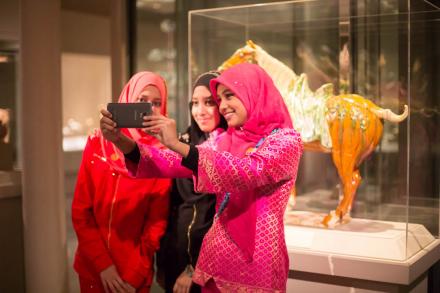 San Antonio Museum of Art: Art in Any Language

The San Antonio Museum of Art offers Art in Any Language welcome tours for refugees, immigrants, and anyone new to the U.S. 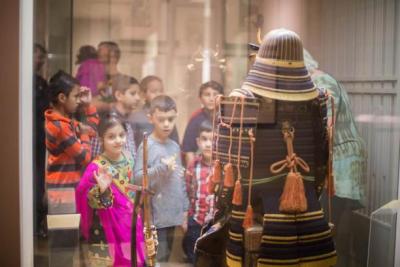 Educator Kinza Shaikh led the tour, which highlighted the South Asian, Islamic, and Egyptian galleries. Because some participants spoke limited English, Shaikh focused on keeping things simple through “storytelling, fun facts, and cultural connections.” For example, an Afghani family enjoyed the jewelry in the Islamic gallery while some Malaysian students recognized the Hindu deity Ganesha from watching Bollywood films.

The tours were inspired by similar welcome programs in Europe and Canada as well as by a San Antonio Museum of Art educator who, while visiting Colony North for a museum program, discovered that 30 languages were represented in just one classroom.

“It takes years to truly be assimilated into a new culture and community,” she says. “We think museums can play an important role in that.”

Photos from Art in Any Language by Paola Longoria